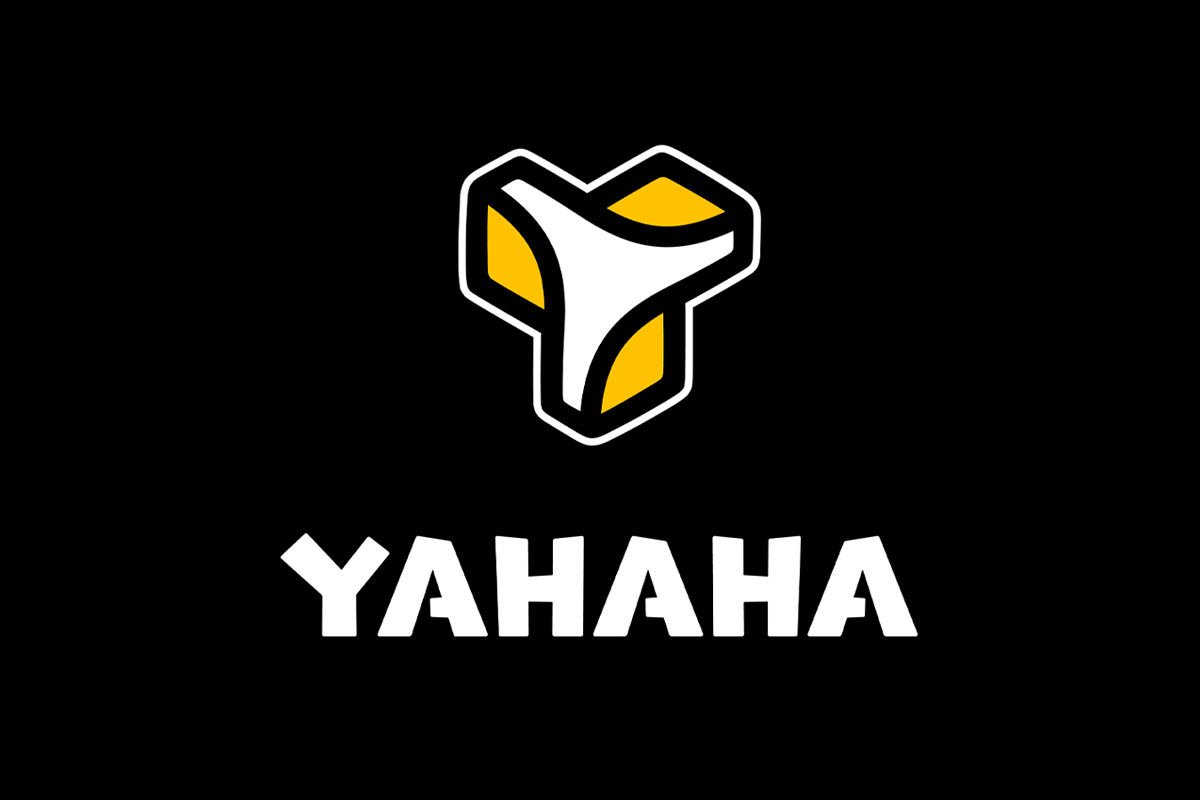 Community-first UGC metaverse, YAHAHA, has announced a new partnership with the world’s most renowned 3D model marketplace, CGTrader. This collaboration has seen the addition of 200,000 3D model assets for users to access and create with on the YAHAHA platform. The partners recently launched the community Hangout Challenge, tasking creators with building a social space on YAHAHA’s platform for the chance to win up to $5000.

Due to its popularity in the creator and game developer community, it was imperative for YAHAHA to partner with a team that could cater to the needs of its user base while sharing the same core values. YAHAHA and CGTrader support a broad community of aspiring game developers and hobbyists with a keen interest in building and creating 3D content. The partnership enriches YAHAHA’s already extensive asset library, encouraging users to build with high-quality assets using its marketplace. Having worked with CGTrader in the past, YAHAHA knew it would be the perfect partnership, enabling both companies to utilise the power and talent of the over 85,000 designers to craft assets to create richer experiences.

YAHAHA, created by a team of Unity veterans, launched in Early Alpha earlier this year following the announcement of an impressive investment of $50million. With YAHAHA, developers can create their own games, worlds, and scenarios in a 3D space, all without the need for coding. No-code content creation that is as simple as drag and drop allows YAHAHA to lower the barriers of entry to game development, making it accessible to both novices and experts. As the user base of the platform continues to grow, Yahaha Studios continues to find partners that enrich the experience for its community of creators.

Pengfei Zhang, COO at Yahaha Studios said: “Partnering with CGTrader is a very exciting step in the growth of the YAHAHA platform. CGTrader is such an important institution with a rich history in 3D model creation, and we know that working with them is going to be something that will benefit both our user bases. Our Hangout Challenge event has been a great success so far. Users can expect more challenges and events in the future – this is just the beginning!”

Celebrating its 10th anniversary this year, CGTrader comprises a team of 3D industry experts and encourages creators to build or buy 3D models that can be used in various industries, including games and metaverses. With over 1.5 million models in its marketplace, CGTrader is truly pioneering and one hundred percent designer-friendly.

Evardas Šmulaitis, VP Marketplace at CGTrader, said: “Working with the team at Yahaha Studios has been great! They have really interesting ideas for the future of game development and this is shown by their investment in the partnership. The collaboration has been seamless through our similarities in fostering community, innovation in gaming, and building quality visuals. This is truly the start of something special.”

YAHAHA is currently looking for talented creators and developers to create on the platform as part of its Partner Creator programme. Visit yahaha.com to learn more about YAHAHA. 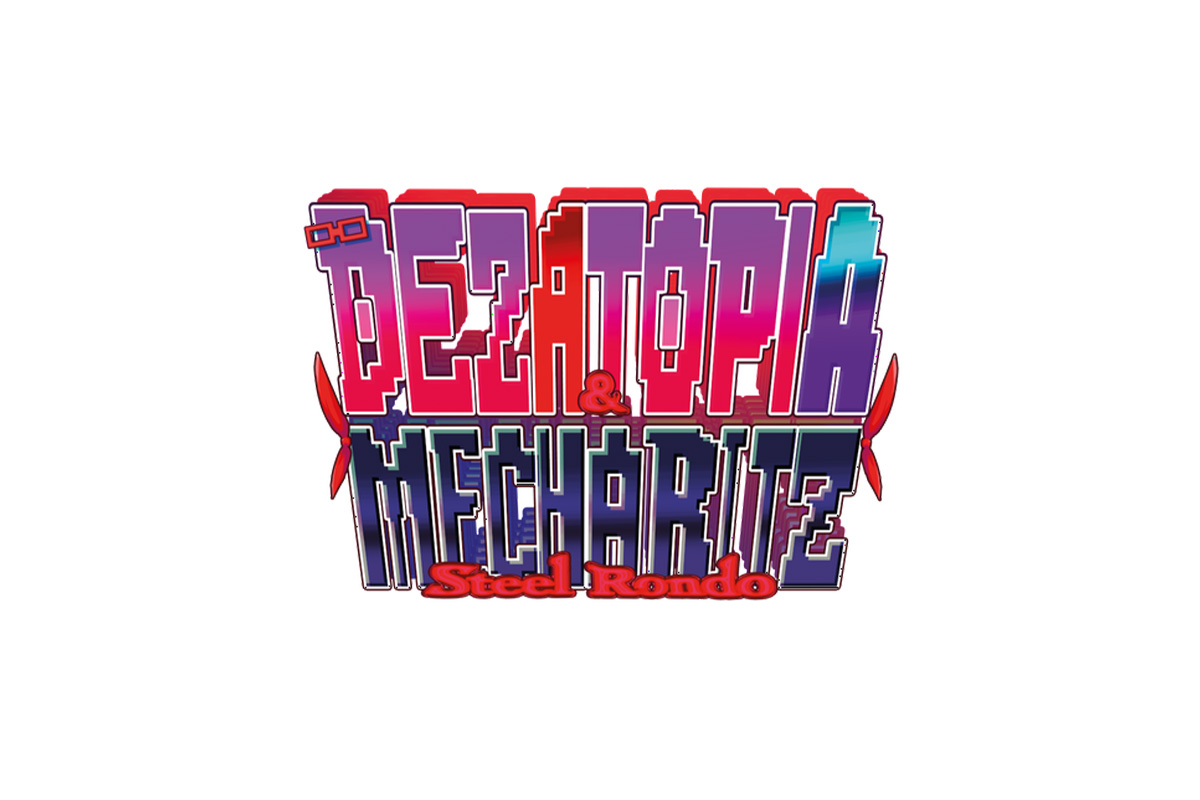 Strictly Limited Games welcomes two new Shoot ‘em up titles in one ‘hot’ combo physical releases for the Nintendo Switch to their store. In collaboration with Hanaji Games, this is the only physical version of these two gems available.

Mecha Ritz: Steel Rondo is a vertically scrolling ‘score’ focused shooter set in an apocalyptic mechanised world. With seven different ships to choose from, each with different attack and movement properties, this frantic paced shooter delivers deep and satisfying combat. Exciting unlockables – 14 playable mechas, branching paths, multiple endings, and much more will be unveiled as you delve deeper into the game. Quickly clearing enemies and raising your rank is key to unlocking the final stage and is just one ongoing task to complete.

In Mecha Ritz: Steel Rondo, not only does the score hunt and challenging gameplay provide plenty of replay value, but also the branching stage paths will influence the ending. Paired with the quirky story and popping graphics, you sure won’t get bored playing this one.

Dezatopia is a classic arcade styled horizontal shooter with a huge assortment of content, which offers both value and an amazing experience. 24 different stages with 21 bosses arranged in 21 routes, with intuitive and simple controls that will please both experienced and novice gamers. Unique enemies, bosses, weapons galore and interactive components are supplemented with great art and visual backdrops.

Strange and unusual creatures inhabited Earth’s underground. These unknown to humankind until Momoko, a fashion-obsessed high school girl, accidentally discovered them; but now she plans to create a new world: Dezatopia. Akane and Aoba, Momoko’s schoolmates, are hired to help achieve her directive but things don’t go to plan. The backdrop story could soon become a distant memory, as the all out colourful and non stop, over the top, but compelling, fire and hail explosive onscreen action ramps up!

The craft you control has four unique, intuitive weapons which can each be fired in one direction to halt the enemy onslaught. Upgrades and items can also be purchased from a mid-flight shop, but these advantages are countered by a dynamic difficulty system that automatically adjusts to match the player’s skill level to ensure their experience, strategy, technique and luck are always tested.

Both Mecha Ritz: Steel Rondo and Dezatopia present great and amusing backdrop stories which set the scene for the action and challenges that gamers will encounter once they are ready to face the enemy forces, along with some awesome Bosses and cast that will materialise!

Thirdverse, Inc. announced that its upcoming title, X8, is looking for fans of multiplayer tactical first person hero shooters to test their skills in VR. Later in December, Thirdverse will run the X8 closed beta test that allows teams of 5v5 to adopt interactive heroic abilities, acquire a variety of weapons and head into battle across competitive maps. Closed beta players will also be mentioned in the game credits and receive a game key.

Space is very limited and players can apply for a chance to win access to the closed beta by leaving a comment in the #beta-apply page here: https://discord.gg/VZbfMX4wc4

Check out the preview trailer for X8 here:

Masaru Ohnogi, Thirdverse CBO and Executive Producer on X8, said: “Our approach has always been to involve the community and gather valuable feedback in playtests. The upcoming closed beta test for X8 will focus on the user onboarding experience, and will also be a lot of fun as there are multiple maps, weapons and heroes for our playtesters to explore. It’s incredibly important to hear player feedback and we’re really looking forward to what we can learn in the upcoming session.” 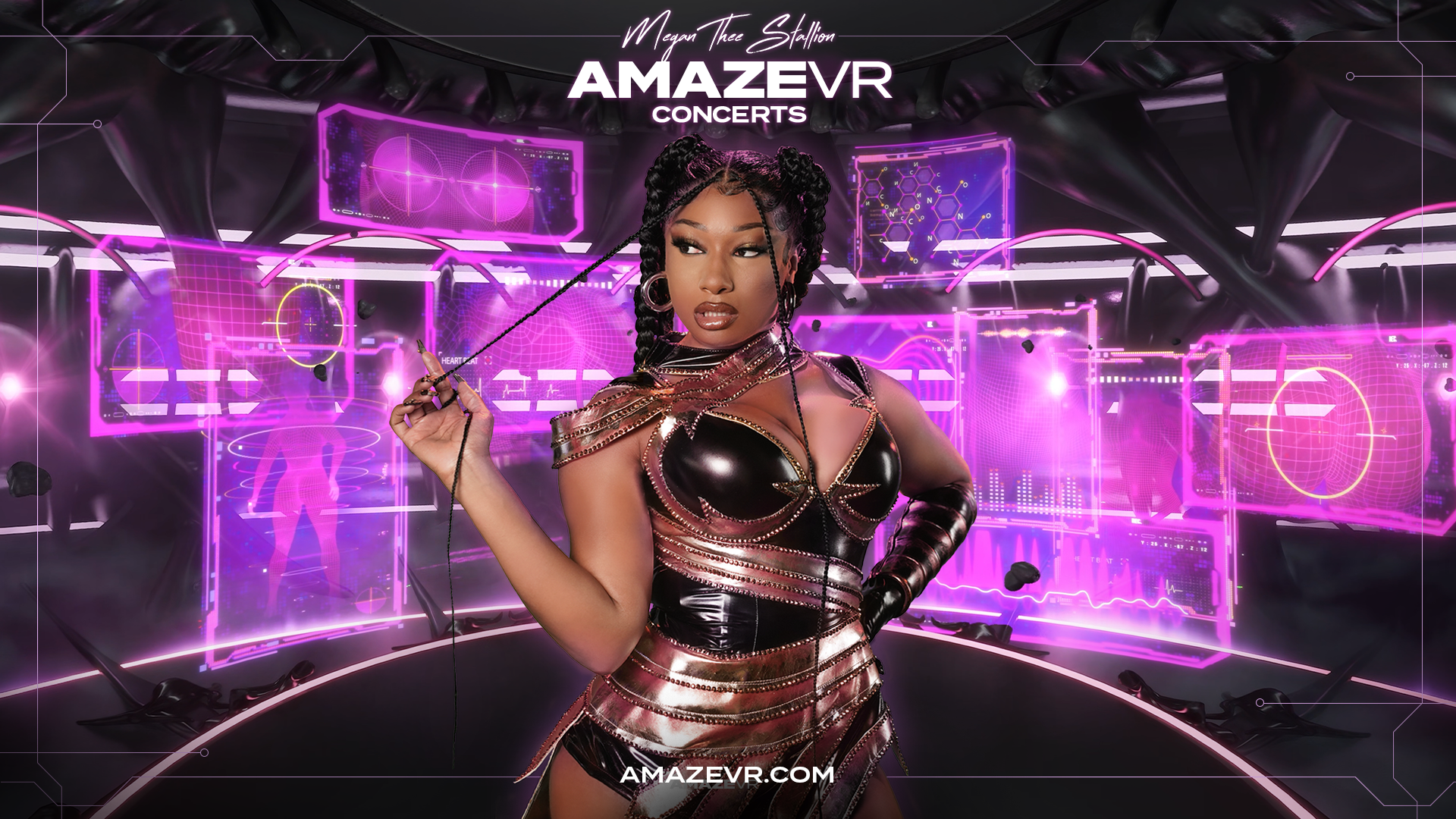 AmazeVR blew away Megan Thee Stallion fans this year with the Enter Thee Hottieverse VR Concert Tour, reaching 15 major cities across the US. Now, Thee Hottieverse is available on the Meta Quest App Lab, where fans can access the full VR concert complete with new interactive elements, and other fandom essentials.

Fans can now find AmazeVR’s app and preview a song from the VR Concert for free. Additional in-app purchases, including the full experience, are available for $6.99 for a limited time. With purchase, fans can relive each performance, and share their headset with friends and family so they can experience the Hottieverse, too.

“The Enter Thee Hottieverse VR Concert Tour gave fans the chance to connect with Megan Thee Stallion in a new way. Now, our at-home VR concert is the next step in sharing this experience with those who weren’t able to join us on tour,” says Steve Lee, Co-CEO and Co-Founder of AmazeVR.

As the first-ever virtual reality tour of its kind, AmazeVR and Megan Thee Stallion made history as AMC Theatres were converted to host fans as they experienced Thee Hottieverse. This isn’t your artist look-alike avatar giving a performance, it’s really Megan Thee Stallion. Fans are transported to their front-row seat at the center of an interactive and futuristic stage, where Megan Thee Stallion and her crew of backup dancers perform right to her fans like never before. Check out concert reactions on AmazeVR’s TikTok.

“This is insane!!! It felt like Megan was dancing in front of me in real life,” One user said in their review. “I could feel her energy run through my veins!! I had originally planned on watching the concert on my couch, but I ended up dancing with her throughout the entire concert. I loved the realistic special effects and the futuristic set designs, as well as the interactive movements I could make with my hands. I’m soooooo excited to see more concerts using this app, and I hope more and more artists will collaborate with the app developer! This was a 7 star experience!!”

VR has become a new avenue for artists to add to their repertoire, giving more opportunities to connect with fans and deliver unique experiences. “We’re excited to reach more fans through the Meta Quest App, and plan to launch more concerts in 2023 through our JV partnership with K-pop giant SM Entertainment,” adds Lee.