Vs Chat Pack - the ultimate game pack for every Twitch fan is out in October!

Strafe.com expands its global provision and opens its doors to the Dutch market 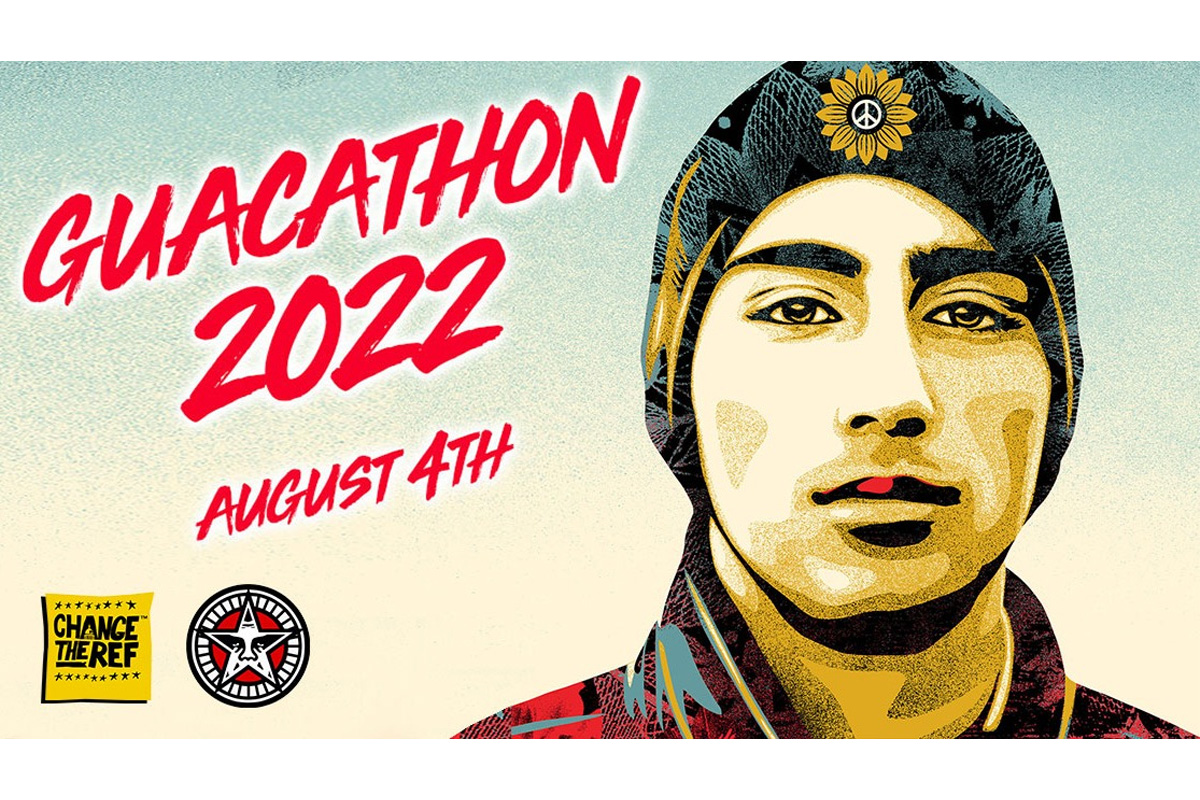 Since 2020, the family of Joaquin “Guac” Oliver has thrown a lively birthday party for him, dubbed “Guacathon,” riffing on Joaquin’s nickname “Guac” and making it an annual tradition following Joaquin’s assassination at the Parkland, FL school shooting.

Joaquin’s parents Manuel and Patricia Oliver, vocal advocates of creative activism and youth empowerment toward common sense gun laws, want more young people to experience the party and celebrate Joaquin’s birthday and life—and to make a positive impact on their world. To do this, they and the organization they founded, Change the Ref, have enlisted the leading metaverse development studio MELON to bring Guacathon to Roblox on August 4, 2022.

On August 4, Joaquin’s 22nd birthday, a celebration will take place in the Guacathon experience. An in-person, exclusive event will accompany this day’s celebrations in New York City, with invitees that are close friends and allies to Patricia and Manuel Oliver, who have been invited to this gathering to commemorate the life and continued legacy and activism of their son.

Guacathon will unfold as a virtual urban festival, packed with people listening to music, interacting with art, and shooting hoops. Fiercely independent Miami-raised MC Denzel Curry will perform on the mainstage, bringing songs from his most recent album, the critically-acclaimed Melt My Eyez See Your Future, as well as his storied catalog to the stage. Curry has worked closely with some of the most exciting names in music, from rap titans like Ross Ross and T-Pain, to idiosyncratic bass maestro Thundercat and legendary producer Robert Glasper, among others. He has recently appeared on The Tonight Show Starring Jimmy Fallon, NPR’s Tiny Desk Concert and performed show stopping freestyles for Funk Flex and LA Leakers. 2022 has seen Denzel Curry cement himself as one of the most vital names in rap after a decade-long ascent from underground icon.

“There’s been a lot of misuse of guns in the United States that claim the lives of many, I’ve lost a lot of friends and family members to gun violence,” remarks Curry. “Today isn’t a sad day for the family of Joaquin…today is a day we celebrate the life of Joaquin to the fullest to show his legacy will never be forgotten and that we have brighter days yet to come.”

Around the virtual block party, Roblox community members will be able to view a new portrait of Joaquin, created by underground legendary artist and viral phenom Shepard Fairey, whose ubiquitous OBEY campaign and Obama HOPE poster designs impacted and moved millions. In addition, Fairey’s work has been exhibited in museums such as MOMA and the Victoria and Albert. This is Fairey’s first interactive public art project on Roblox.

“I’ve seen how art can shift the conversation and bring us together in politically and culturally meaningful ways,” notes Fairey. “I’m eager to watch this same thing unfold in the metaverse and to see if we can start a new conversation around gun safety and violence that’s led by the young people too often impacted by it.”

Along with performances and participatory art experiences, Guacathon will also feature custom minigames reflecting Joaquin’s loves, including street art and basketball. Paint Zone lets visitors grab a virtual spray paint can and compete in a race to tag as many areas and earn as many points as possible. Hoop Jam challenges sports fans to beat the clock and make increasingly difficult shots. In both minigames competitors earn tokens that can be used to unlock virtual merch that commemorates the event, including a Roblox version of Guac’s guitar and a special Guac jersey. All proceeds from these sales go to Change the Ref. In addition, Shepard Fairey and Denzel Curry will offer several special virtual items, with half the proceeds from the sale of these items going to Change the Ref.

In celebrating Joaquin’s life, the Olivers want to highlight the role young people can play in speaking up and supporting meaningful change in their communities. “We’re not having a moment of silence. We’re having a party,” explains Joaquin’s mother Patricia. “I’m grateful for the metaverse, for having a place where my son can help people connect and share his life. I want his peers to enjoy a party in his honor and make friends with his metaverse self.”

Most importantly, Joaquin will appear as an avatar at his family’s request throughout the experience, serving as an inspiration for the festivities. It reflects Change the Ref’s belief that we can shift our relationship to gun violence and safety through positive, artful work together. This metaverse edition of Guacathon continues several years of tech-forward, celebrity-hosted virtual events on platforms like Facebook Live and Twitch, all of which reflected this commitment to creative activism and youth empowerment.

“It’s an honor to work with the Oliver family and bring Joaquin to the metaverse. Manuel and Patricia’s strength and love for life is an inspiration that has driven this project,” notes Josh Neuman, co-founder and co-CEO of MELON. “We hope that Guacathon moves young people through this celebration, and that they can feel the passion of this special family and the community they have built around them.”

Guacathon opens on August 4, 2022. Denzel Curry’s premier performance takes place at 3pm PST on Friday, August 5 and he will repeat an encore performance every hour until 11pm PST on August 7.