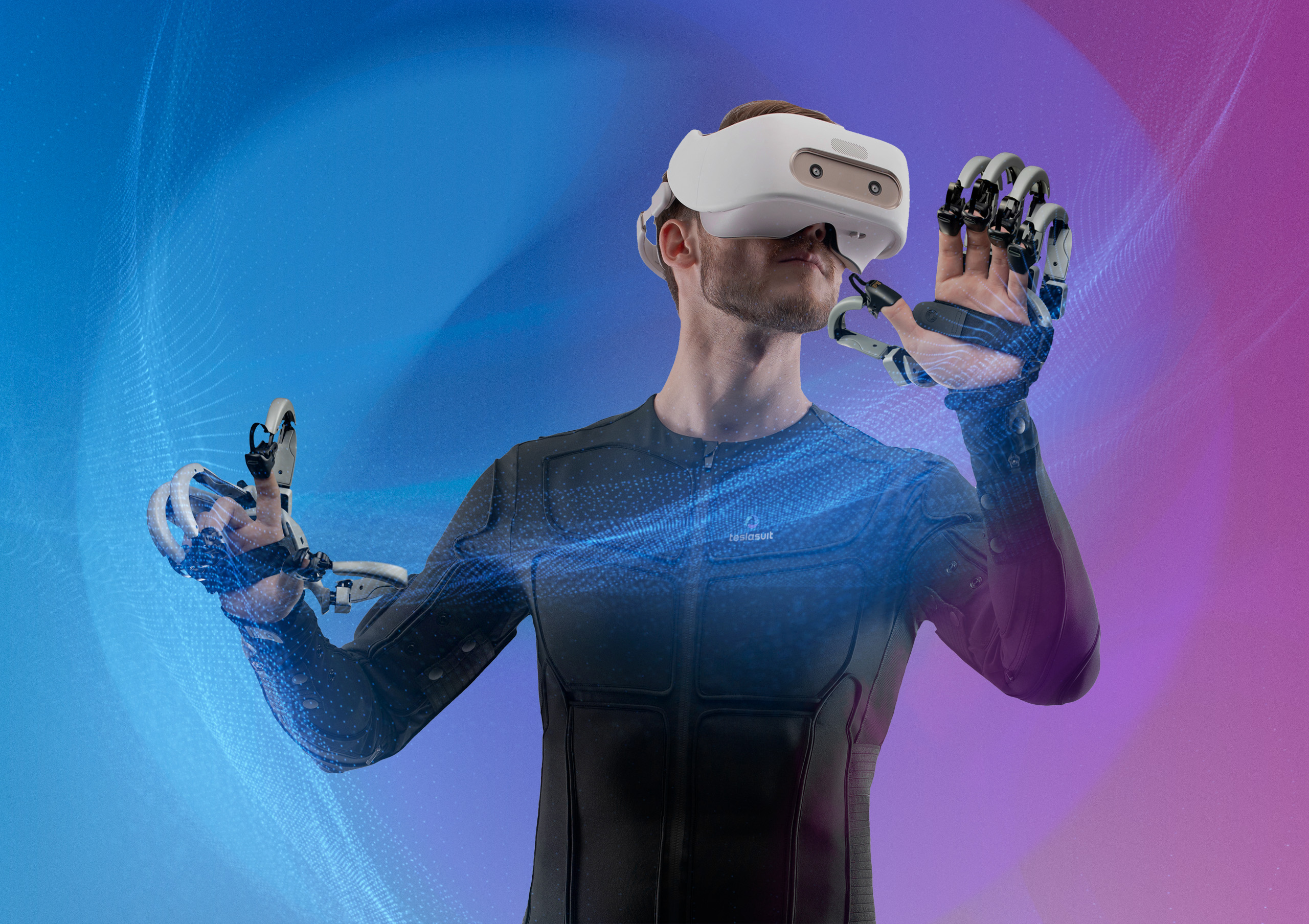 The global leader in human-to-digital interface technology, Teslasuit looks forward to new and innovative game-changing hardware and software developments, while establishing exciting new use cases to drive humankind towards a better future.

Since 2016, when Teslasuit first launched its eponymous bodysuit designed to merge the virtual with the physical using groundbreaking haptic feedback technology, the company has been at the vanguard of VR and AR technology, creating innovative hardware and software products able to improve people’s lives, and raise their possibilities to a new level across multiple industries. From medical rehabilitation to sports performance and gaming via defence and industrial training, the ways in which the Teslasuit can be deployed are only just beginning to evolve.

In a world in which human movement can be digitalised, commodified, and examined like never before, Teslasuit is very excited to be launching its haptic glove later this year, which combines haptic feedback, force feedback, finger tracking and a biometric system to give the user an unparalleled and literal grasp of the human-to-digital interface.

In anticipation of this event, Teslasuit have launched a new website together with a rebranding package designed to mark a new dimension in the brand’s scientific and technological development. The new Teslasuit logo, based on an electric impulse, is formed of three mutual and dynamic parts, representing the technology’s three key applications: professional training, research and rehabilitation, and development.

Through an unprecedented merger of the virtual world with the physical realm, Teslasuit products will create a new dimension of human movement and sensory experience where the digital environment directly interacts with the material world, creating an informational and emotional osmosis. 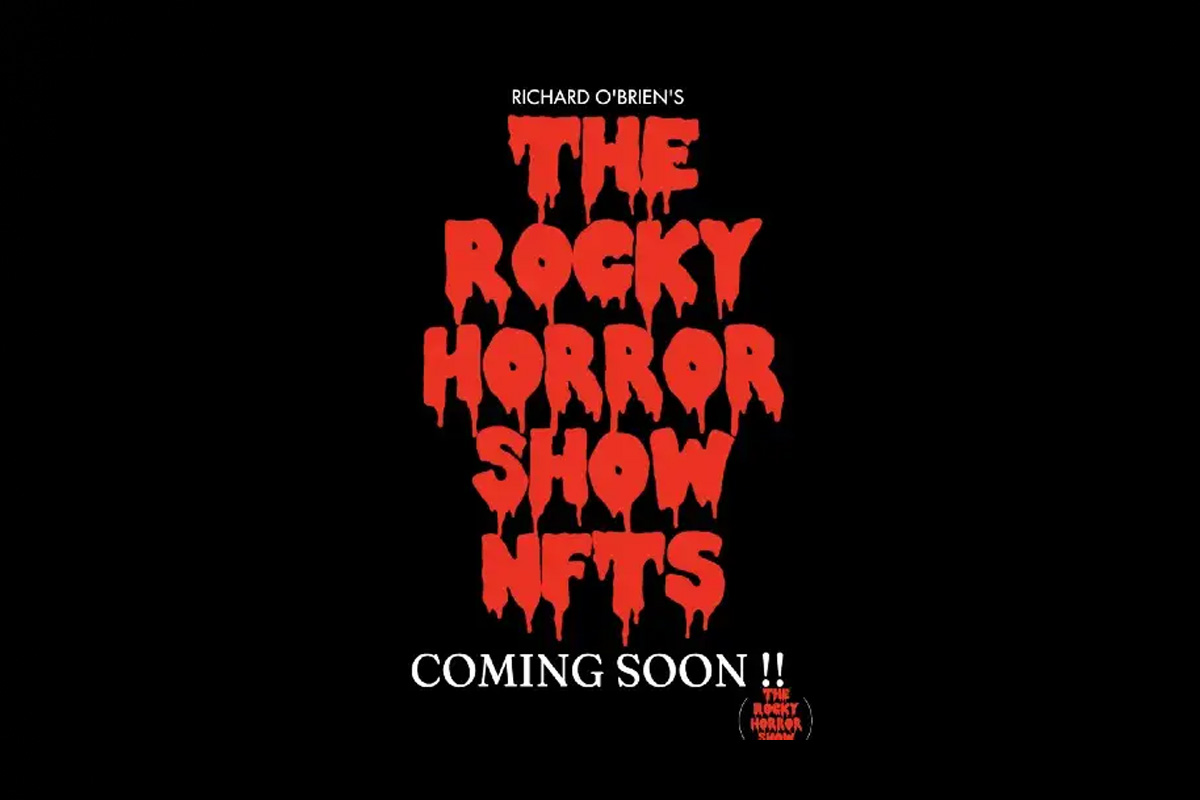 We would like to, if we may, take you on a strange journey… into the metaverse. The immortal characters from The Rocky Horror Show are being transit-beamed onto the blockchain to celebrate the show’s 50th anniversary.

The Rocky Horror Show creator Richard O’Brien will be the holder of the initial Riff Raff NFT (non-fungible token) minted from the upcoming collection. Now the team behind the project is calling all stage production Frank-N-Furters, Magentas, Janets, Brads, Columbias, Eddies, Rockys, Riff Raffs and Phantoms past and present to claim a free NFT of their character before they go on sale to the general public.

Andy Leighton MD of Druidcrest, the head rights holder, and Interfishnet Ltd – a company owned by The Rocky Horror Show creator Richard O’Brien – is putting together a list of all cast members of the show and Online Blockchain plc will airdrop them their character.

In both the virtual and physical world, a Rocky Horror Show NFT is planned to act as a key to unlock access to experiences, opportunities and merch for holders as part of the planned The Rocky Horror Show metaverse. More details can be found here.

Richard O’Brien’s Riff Raff character will be the first one released and other characters will be minted and airdropped to verified Rocky Horror players from its incredible 50-year history. The remaining exclusive collection will be minted and made available on NFT marketplace OpenSea later this year. Richard O’Brien and Interfishnet intend to donate a proportion of any proceeds from the NFT to charity.

“NFTs will be more than just collectibles and fandom, they represent a new form of identity. Don’t Dream It, NFT it; I see you shiver with anticipatio….nft,” said Andy Leighton.

Interfishnet and the team behind Online Blockchain have a relationship spanning almost 40 years, which dates back to the first The Rocky Horror Show video game. 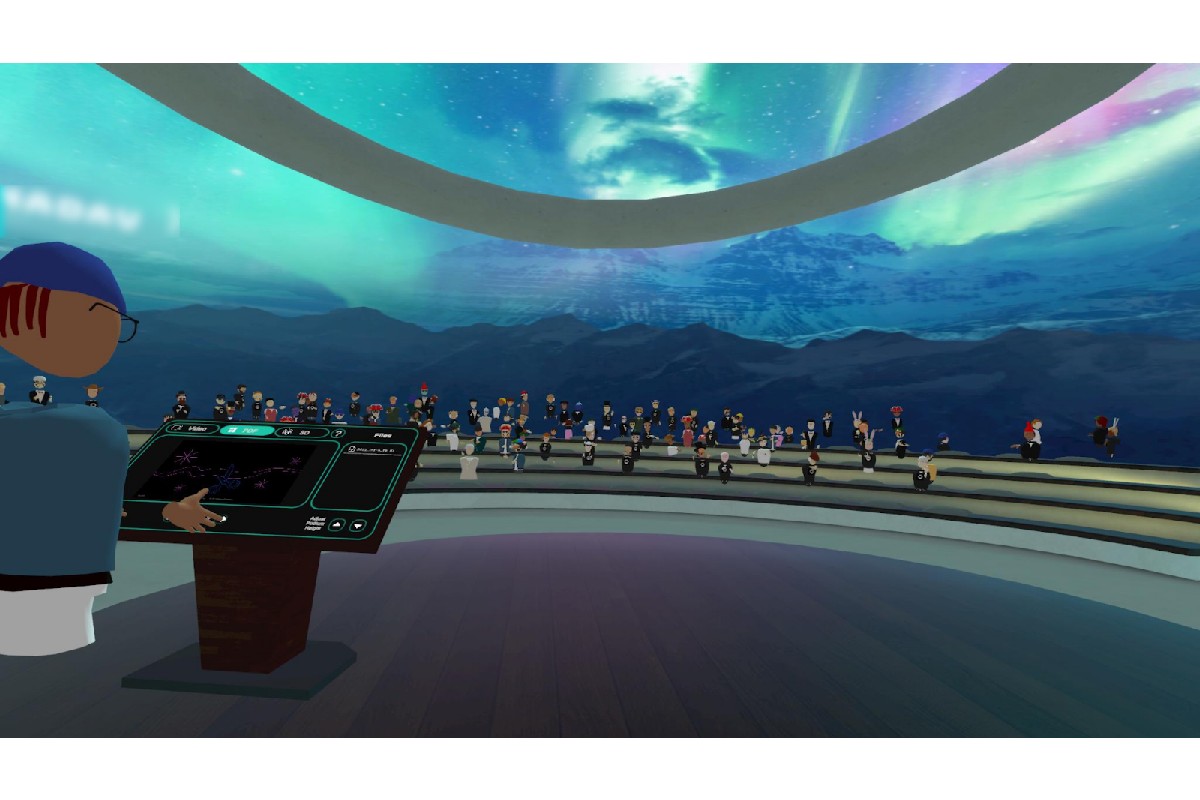 Remio, a virtual reality (“VR”) platform for remote team building and collaboration for global enterprise customers, today launched on the Meta Store. Unlike other VR collaboration applications, Remio emphasizes fun, puzzles and games to drive connections with co-workers and build employee engagement in the new hybrid workplace, while students join immersive learning and tour campuses remotely. Starting today, companies and schools can download the app free from the Meta Store and inquire to Remio about joining connectivity Pilots.

Jos van der Westhuizen, CEO and co-founder of Remio, said: “Enterprise VR is rising among companies and schools of all sizes because VR experiences drive critical skill building, social emotional learning and much more. Our platform offers a wide variety of interactive spaces in VR to drive employee and student engagement, such as an escape room, a happy hour bar, and paintball, in addition to all of the standard VR collaboration tools such as whiteboards, breakout rooms, and magical presentation rooms. We’ve received overwhelmingly positive feedback from clients already, and with our Remio app launch on the Meta Store, we’re looking forward to expanding our reach and connecting with new customers.”
Remio’s Meta Store App offers a wide variety of ways for fun, immersive team building and learning:

Available on Pico and Valve Focus app stores, as well as on Windows and through a web browser, Remio has hosted thousands of interactive experiences from its platform. Remio’s spaces are also highly immersive and see higher than typical VR engagement with the average person spending 90 minutes in VR per session. Additionally, users have Hi-fived each other in VR over 2.7 million times and revived teammates in Remio’s Paintball game over 17,000 times. Customers span across multiple verticals and include Google, Netflix, Fidelity, Trello, McKinsey, Hubspot, and Goodway Group. 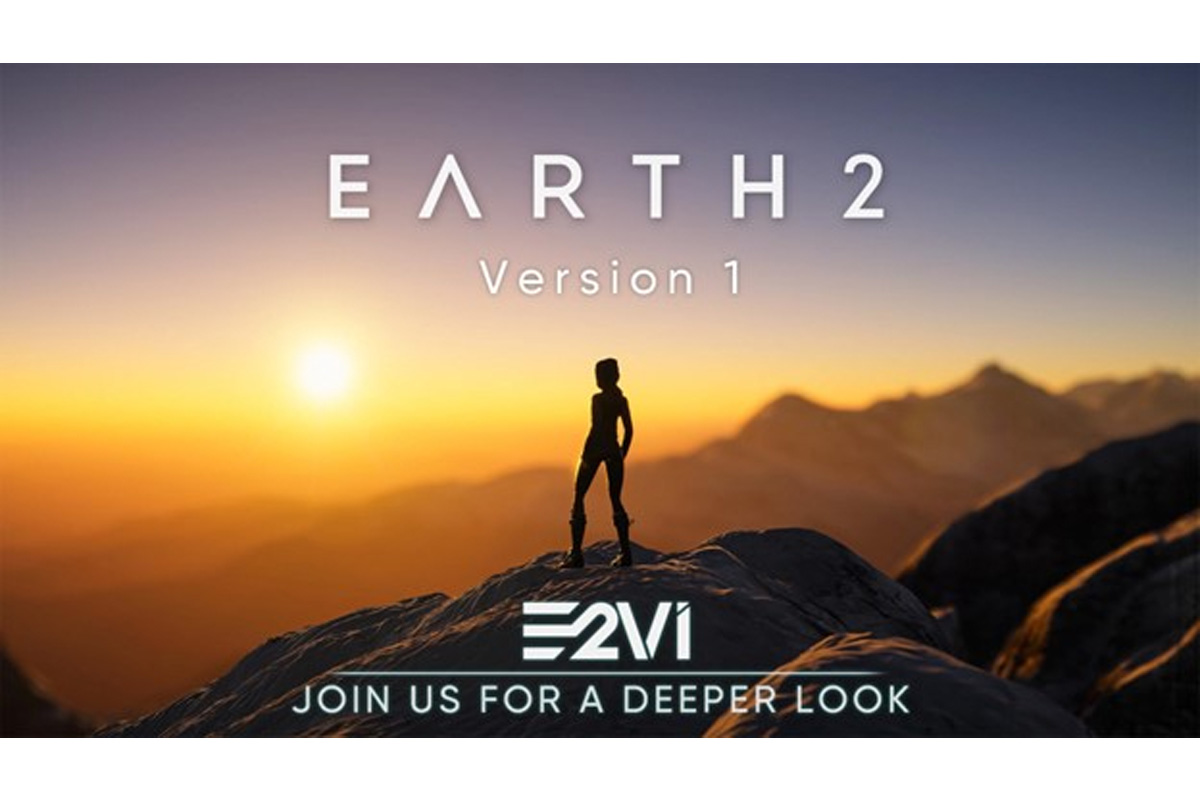 Last Friday, Earth 2 unveiled their brand new trailer, offering an exclusive glimpse of players taking their first steps into the 3D realization of Earth 2 Version 1 (E2V1). Finally, players can visualize the community’s massive Mega cities, environments and their owned property, weaving together both the web client and the game world for the very first time. The alpha launch of the E2V1 metaverse will be coming in 2023!

E2V1 is technology that many critics claimed was not possible from such a small team, in such a short amount of time – but this footage proves them wrong.

The biggest unique selling point of E2V1 is that it renders the entire planet Earth in digital format, performantly with nice graphics. You can zoom from New York to London in the blink of an eye and E2V1 will stream it for you almost instantly.

The closest similar product in terms of actual world scale that is currently released is none other than the mammoth game title Microsoft Simulator 2020. MSFS2020 is a game that was developed with hundreds of developers over 40 years by one of the biggest companies in the world.

The difference with Earth 2 Version One is that it not only functions loading the distant terrain view, but also loads the up-close terrain view covering every square inch of the planet, down to pebbles and blades of grass, with centimeter-accurate terrain collisions spanning the entire Earth’s surface.

Granted that MSFS2020 and E2V1 have different objectives, however, the fact that such a small team has pulled off the progress that will be displayed during the footage is no small feat. Not only is all of the above true about E2V1, but Players will also be able to build cities, explore, interact and more.

As the name suggests, E2V1 is only the very first 3D version of Earth 2 and we plan to refine and improve our flagship product over time with further releases such as E2V2 and E2V3.

Claim. Build. Create. Discover. Trade. Become a pioneer and claim land tiles on the digital frontier of Earth 2; the first fully interactable 1:1 economic-simulation of the planet earth. Start from scratch in a pristine new world, untouched by human kind where you can choose how you earn, build, and trade with anyone for virtual currency that you can actually withdraw into USD. Players have already traded millions of dollars on our platform and our team has processed over $19 million USD in withdrawals.

The best part? This is only the beginning!