WEMADE Signs MoU With Blockdaemon To Support The Growth And Development Of WEMIX 3.0 Ecosystem 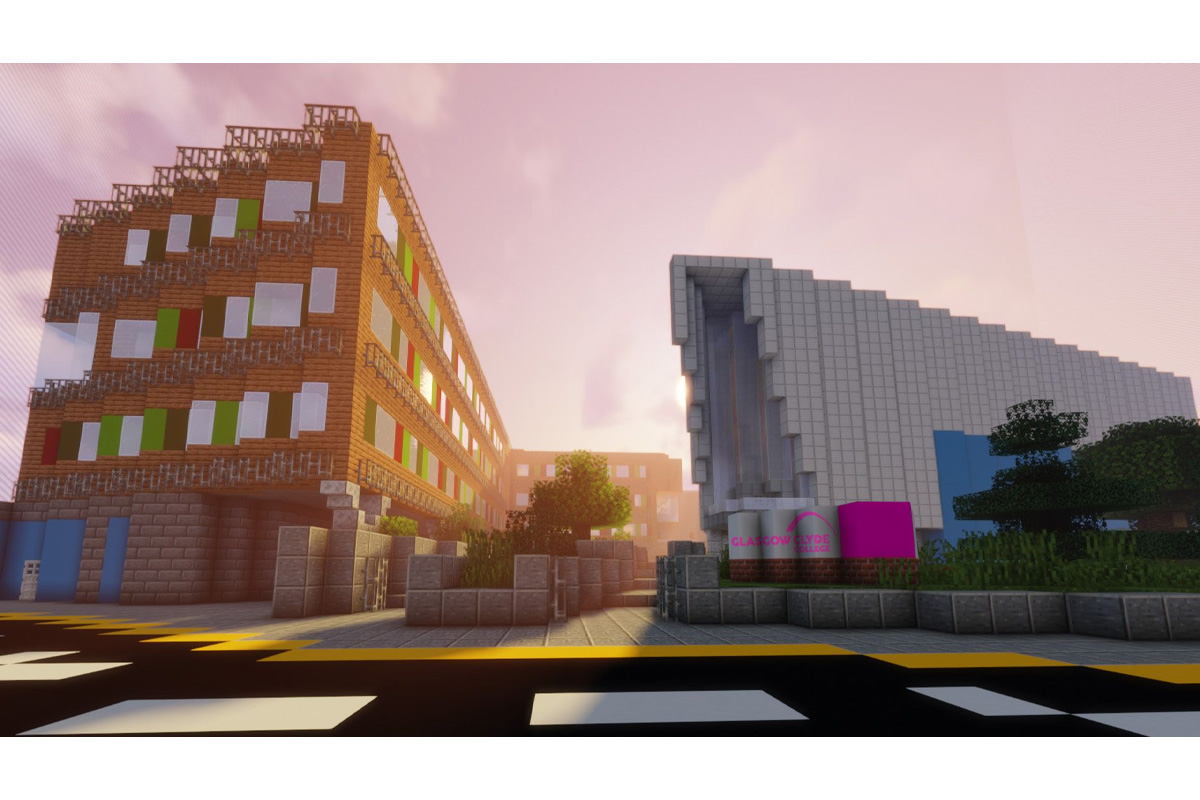 Experts predict that by 2030 we’ll be spending more time in virtual worlds than the real world so for school pupils finishing their exams in Scotland this week, Glasgow Clyde College is offering a glimpse into the future by launching the UK’s first ever interactive metaverse Open Day – recreating an entire campus on Minecraft.

With studies reporting that almost four fifths of Generation Z play video games and futurologists forecasting that large parts of our daily routines will be solely lived in 3D online realms , prospective students considering college will be able to ‘log on’ to the virtual Langside Campus and attend an open day.

Delivering into the metaverse, they’ll hear from college staff and avatars, on hand to answer questions about courses, admissions, and career pathways as well as advice on how to sign up or access funding.

The entire Langside Campus in Glasgow’s Southside has been reproduced in minute detail, creating an environment which gamers can interact with and explore. The iconic main building, contemporary theatre, gym, 5-a-side pitches, and student hubs all feature in this huge map.

Minecraft is played by over 120million people around the globe ​every day, with almost half of its players age between 15 and 21. Described as an online version of ‘Lego’, gamers can build almost anything they want using blocks, exploring a vast universe, and interacting with other gamers.

John Rafferty, Deputy Principal at Glasgow Clyde College, said: “Thousands of school pupils will be finishing their final exams this week, considering those all-important next steps. Open days are a really key part of this decision-making process, a chance to get a glimpse of the places you might be studying in next.

“Whether it’s through computer games or social media, many of these pupils already have one foot in the metaverse and we wanted to bring our world into theirs, showing off the best Glasgow Clyde College has to offer as a realm they can explore from their gaming console.

“In the next decade many young people expect to be working in jobs, spending money and regularly socialising with friends entirely online so we’re proud to be the first college in the UK to host a 3D open day in cyberspace, welcoming prospective students into an incredible recreation of one of our biggest campuses.”

For those who don’t have access to Minecraft, the college will also live stream the event on its Twitch channel where questions can be put to staff in the live chat.

Kicking off at 4pm, the stream will be hosted by John Rafferty who’ll be interviewing a representative from each of the college’s four faculties, sharing details about the courses on offer and what a day in the life of a student at Glasgow Clyde College might look like.

Lucky Degens: Win NFTs In The Metaverse With The First-Ever NFT Slot Machine