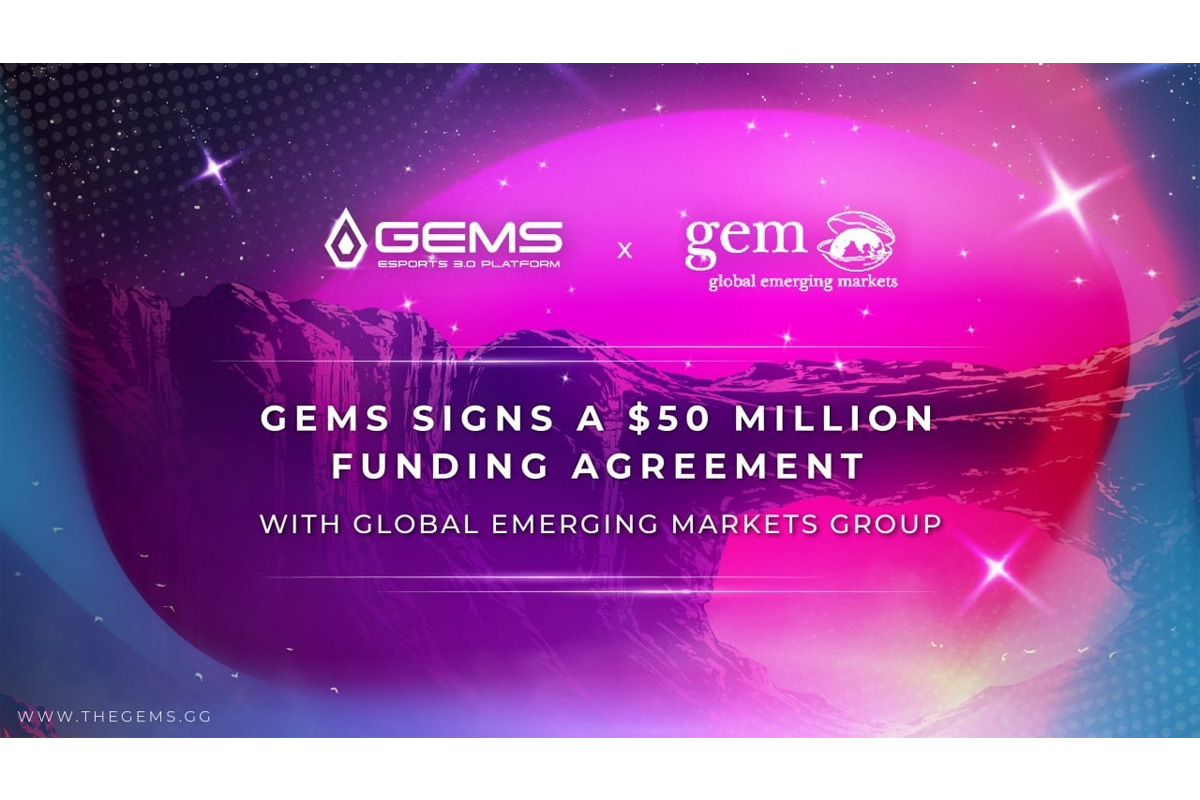 GEMS is honored to announce its new $50 million Investment Commitment from GEM Digital Limited (‘GEM Group’), a digital asset investment firm based in The Bahamas. GEM Group actively sources, structures and invests in utility tokens listed on over 30 CEXs and DEXs globally.

The new capital will be used to further enhance GEMS products and expand the ecosystem globally, with a primary focus in Asia.

GEMS, the Esports 3.0 Platform, currently has more than 80 blockchain and Esports companies as partners, most of which are pioneer, top-tier investors or world class leaders in the industry. As its expansion plan is inclusive and aggressive, GEMS welcomes new GameFi partners to join in.

“GEMS is a promising Esports 3.0 GameFi Platform with a unique O2O (online-to-offline) system. It propels Esports into 3.0 by integrating GameFi, Metaverse and SocialFi elements,” a spokesperson for the GEM Group said. “We are about to experience fundamental change in how we perceive the blockchain and Esports world. We definitely see great potential in GEMS Esports 3.0 platform and would like to give our ultimate support to GEMS.”

“We are honored to sign the $50 million Investment Commitment agreement with the GEM. This agreement with GEM notably positions us for our next stage of development as we continuously innovate and evolve our products,” said Andy Koh, CEO of GEMS. “GEM’s capital commitment provides strong support to future development and expansion of our platform, especially in Asia. Part of the capital will be used to fund user acquisition.”

“The $50 million funding commitment from GEM will foster the growth of GEMS, as well as its partners. With LABS Group and Arena Esports Hotel as our founding partners, our next step is to wisely deploy these capitals to nurture our O2O ecosystem, as well as explore new and exciting opportunities for GEMS,” said Yuen Wong, co-founder of GEMS and CEO of LABS Group.

GEMS has secured an extra 50 million USDT on top of its current token raise of 7.46 million, which sees opportunities from the market and enthusiasm of industrial players. With the support of over 45 partners and the GameFi alliance, GEMS is excited to be listed on top Launchpads, which allows GEMS to recruit more early adopters to learn about this Esports 3.0 platform. Make blockchain gaming the next Esports!