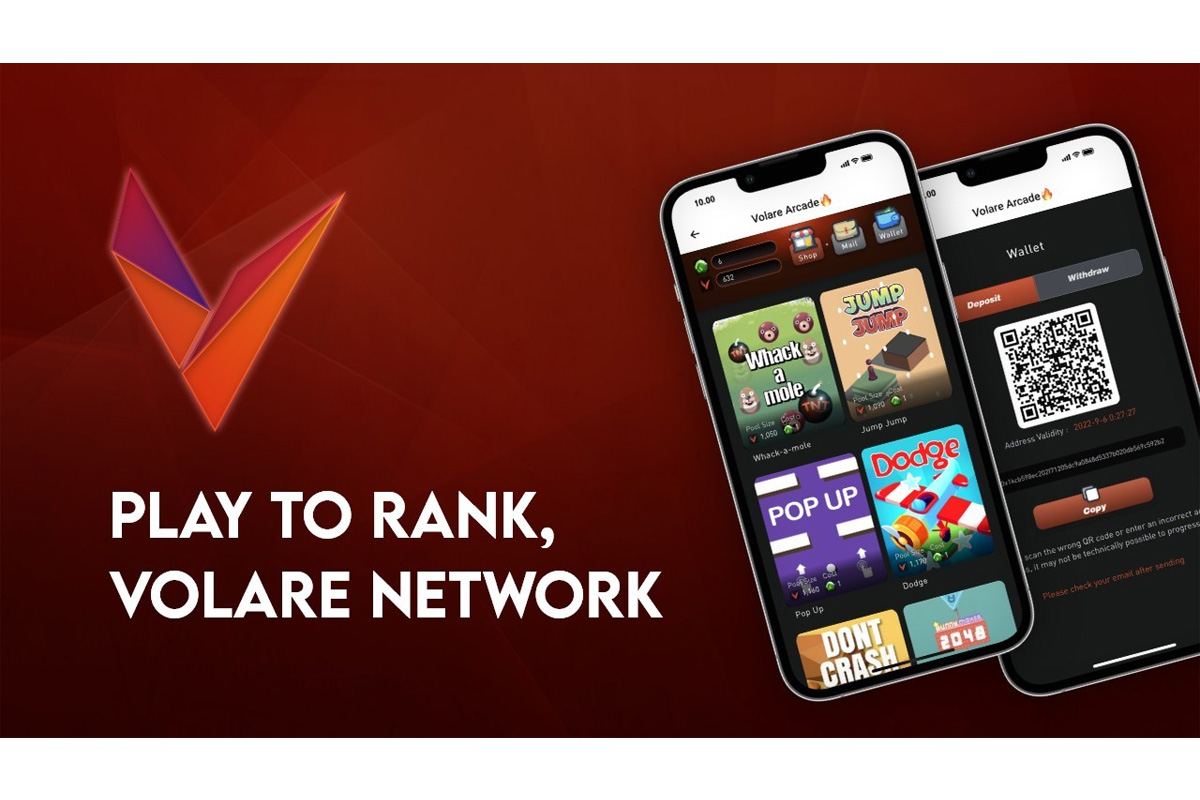 Volare jumped into the blockchain-gaming market by creating the Volare Game Arcade within Whisper MSG, a blockchain wallet & messenger app with more than a million downloads. The Volare Arcade started with 9 games, all of which are Play-to-Rank (P2R). Volare distributes token rewards to daily top ranking winners of those games. JG Lee, a leader of the Volare Project emphasized that “P2R games should and will replace Play-to-Earn games, because P2E games are more work than play.”

When the wave of blockchain spread to the gaming industry, game developers invented a new genre called Play-to-Earn. The first notable P2E game was “Cryptokitties” in 2017, where players competed to create and breed unique kittens to sell but gamers grew bored with the repetition of trying to create a unique kitty, and Cryptokitties was quickly forgotten. The craze was succeeded by “Axie Infinity“, a P2E blockchain game with an added showdown element. Similar to Cryptokitties, gamers also got tired of the repetitive “grinding” to breed Axies.

Most gamers soon realized two immutable principles behind P2E games: First, a P2E gamer can earn money only by selling game items to other gamers. Therefore, if new gamers are not joining, existing gamers can no longer earn money.  Second, as soon as a game’s focus goes from “fun” to “money”, the game turns into just sheer labor and the players become miners. P2E games left a salutary lesson that gaming to earn money is no longer gaming.

Contrary to P2E games, P2R games allow gamers to focus on the game itself. Also, P2R games add “rewards” on the achievement by gamers which is usually quantified as “Ranking”. The P2R system has already been adopted by many e-sports. Gamers who gladly pay to watch incredible plays by star players of e-sport cheer in excitement and thrill when they get rewarded as the best rankers in P2R games. JG Lee added, “Volare Network will create a P2R game ecosystem that challenges gamers which in turn will motivate developers who are inspired by the gamers.” 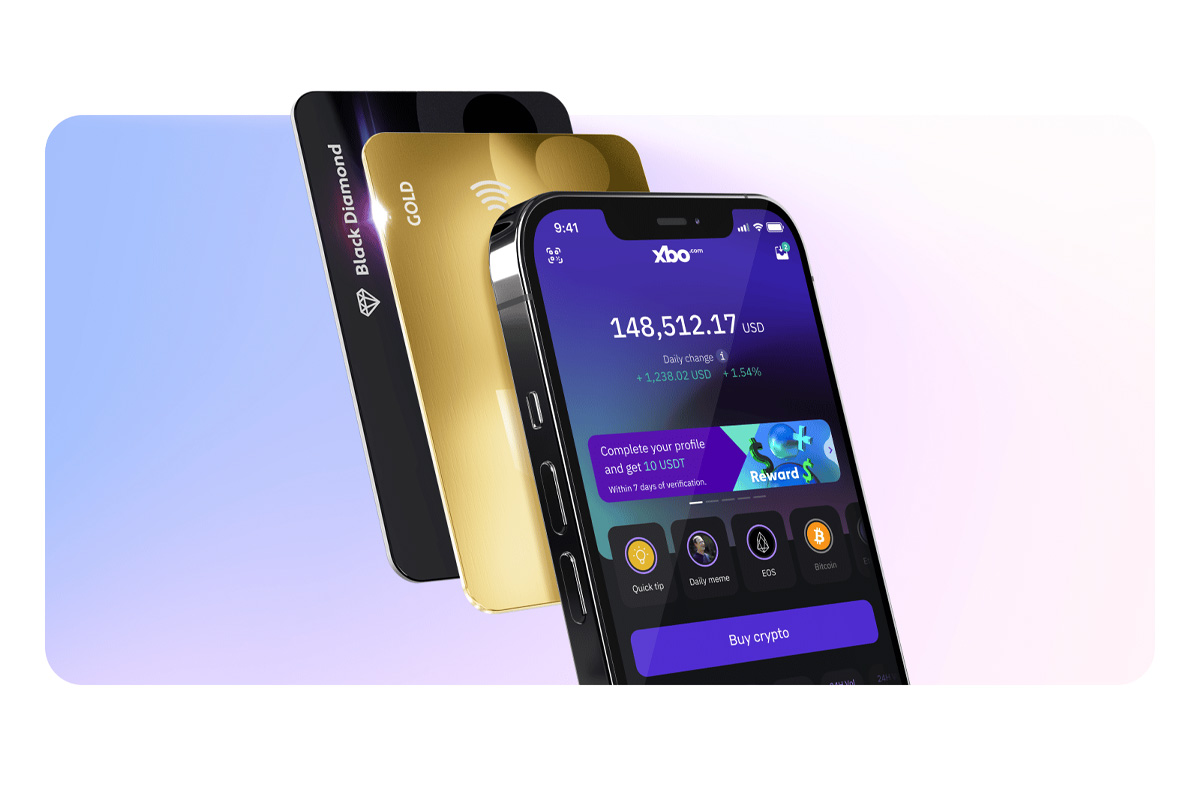 XBO.com, the cryptocurrency exchange making the benefits of crypto more accessible to everyone, reassures its users their funds are safe with the exchange, promising no mishandling of funds is possible. XBO.com is working on a proof-of-reserves protocol and is holding all assets of their users 1:1 in segregated accounts through its collaboration with Fireblocks, on its recently launched platform, which merges gaming-inspired UI and top security solutions to offer traders a user-friendly and reliable alternative to existing exchange platforms.

With Bitcoin and Ethereum reaching new lows that were not seen since 2020, the crypto world is licking its wounds from the FTX crash. When Binance backed out of its rescue deal for FTX over reports of mishandling of customer funds, investors’ trust in centralized crypto exchanges dropped drastically. As many have noted, however, it was poor management that led to FTX’s downfall, not a failure of the centralized-exchange business model or underlying technology. Sam Bankman-Fried’s trading firm Alameda Research heavily invested in the FTX exchange’s FTT token, essentially inflating the token’s price using investors’ money to back it up.

Today, XBO.com reassures users that such a prospect isn’t even possible on its platform. XBO.com doesn’t have a native token. XBO.com meets the need for a user-friendly and accessible crypto trading platform. Leveraging an intimate familiarity of crypto users’ pain points and a deep understanding of social gaming UX, XBO.com makes buying and selling digital assets simple and enjoyable for both amateur and experienced crypto users who find traditional crypto trading platforms intimidating.

“The FTX crash is unfortunate first and foremost to investors on the exchange, but the mistrust users have for centralized exchanges now is harming the whole crypto industry,” says CFO of XBO.com, Dor Maman. “We want to ensure users who invest through XBO that their assets are safe and held 1:1 with zero exposure to currency rate fluctuations. We comply with the highest industry standards in terms of safety and security, and always believe our users come first.”

Tomi, an anonymous project led by eight big names in crypto, unveils TomiNet, a secure and encrypted protocol empowering journalists, activists, and ordinary citizens to surf the web free of government and corporate surveillance. The network leverages DAO governance to foster community-driven censorship of the more illicit activities that run rampant on the most prominent alternative internet networks today.

If Satoshi Nakamoto’s real name were known, would Bitcoin’s creator be banished to the fringes along with Julian Assange, Edward Snowden, and Alexey Pertsev? Or would he be right up there with Elon Musk and Balaji Srinivasan as one of the best known entrepreneurs of our time? We’ll never know, because Satoshi wanted the world to judge the creation, rather than the creator. Tomi’s founders agree with that approach.

TomiNet kicks off a clean slate for the Internet, one where Google and Facebook don’t have power over people’s identities, Amazon doesn’t crush small businesses and host more than a third of the world’s data, and government and corporate surveillance is impossible. TomiNet threatens businesses, fiat currency systems, and power and data brokers around the world. As such, there are many reasons for which the 80+ Tomi team members feel their safety may be at stake and choose to follow Satoshi’s footsteps in remaining anonymous.

TomiNet is almost fully built and synchronized with its alternative blockchain DNS service (tDNS). Users will be able to download the TomiNet browser or create a browser that points to tDNS, buy .tomi domain names, and vote on the DAO that governs the network. Through TomiNet’s browser, users surf the network with a built-in VPN that allows them to access uncensored information in countries that censor and hide IP addresses.

The Tomi team holds weight equal to average users in voting about the community guidelines and censorship, though it will hold enough tokens to have stronger influence over the technological direction of the project in the initial stages. TomiNet is structured in a way that creates a path for the citizens of the new web to out-vote the core developers and technological leadership within three years. That’s intentional on the part of Tomi, which doesn’t seek the kind of power held by the leaders of projects such as Ethereum or Cosmos.

Analysis of Google search data reveals that online searches for ‘Ronaldo NFT’ exploded 206% worldwide on 15th November, as news broke that Cristiano Ronaldo has launched his first NFT collection, which was unveiled on Friday 18th November in collaboration with Binance Marketplace.

New insights by CoinGecko reveal that as soon as the launch was announced via Twitter by Ronaldo, fans of the legendary football player caused an explosion of searches on the web to find out more about his new partnership with Binance.

The arrival of the partnership has been available to consumers since Friday 18th November. It will be the start of the multiyear collaboration with one of the largest crypto exchange platforms and one of the most iconic professional athletes on the planet.

Over the past day, searches for ‘Ronaldo’ have also increased by 191% in the UK and 47% worldwide.

Searches for ‘Binance’ in the UK saw an explosion of 499% due to fans’ curiosity to know more about the cryptocurrency marketplace.

“Given the level of influence and popularity of celebrities, they have become integral to the success of NFT projects,” Bobby Ong, COO and co-founder of CoinGecko, said. “Fans and followers want to spend on collectibles and experiences created by their favourite stars, and this includes digital collectibles, like NFTs.”